What is the Z-Edge Z3 Plus?

The Z3 Plus is the new flagship dash cam from Z-Edge. This is the first of the company’s devices to go beyond 1296p “Super HD” resolution, moving up to 1440p. The cost is still keen, £120 at the time of writing, but the RRP is a more princely £199.99. If the image quality lives up to the resolution, the Z3 Plus could be a bit of a bargain at its current street price.

The Z3 Plus looks like a compact camera, with a 3-inch screen dominating the rear, and a sizeable fixed lens protruding from the front. A huge range of resolutions are on offer, alongside the headline 1440p (2560 x 1440 pixels). This resolution can also be shot in HDR, in both cases at 30 frames per second.

It’s also possible to take photos at up to 4608 x 3456. However, Z-Edge doesn’t state the CMOS sensor used alongside the Ambarella A12 chipset, so there’s no indication of whether this uses interpolation or the native pixel count. At its top 1440p resolution, the Z3 Plus records at a healthy 28Mbits/sec, so a 32GB card will be sufficient for 150 minutes of video before looping occurs.

Z-Edge is generally quite generous in terms of the contents in the box, and the Z3 Plus is no exception. The screen mount uses a suction cup, with the dash cam screwing into this. As a result, it won’t be that easy to remove the dash cam from the car when it isn’t in use. It’s intended to stay installed permanently.

The usual lengthy power cable is included. This uses mini-USB for connection to the dash cam, which is a little more sturdy than micro-USB. This also has a regular USB Type A plug at the other end, with a separate car cigarette lighter adapter. This adapter incorporates two USB sockets, so you can use it with a second device  – to charge your phone or power a satnav, for example. 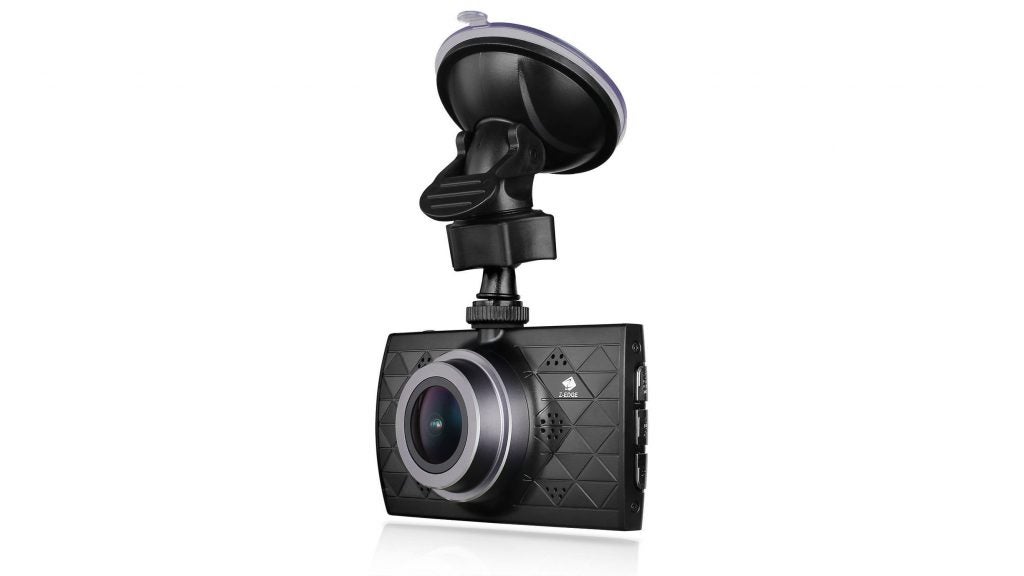 A short USB cable is also provided for hooking up the dash cam to a computer for file viewing and copying. The bundle even includes a 32GB Kingston microSD card, so the Z3 Plus is ready to go straight out of the box. A pack of four adhesive clips help you route the longer power cable around your windscreen.

Apart from the higher resolution, the Z3 Plus specification and design is almost identical to the Z-Edge Z3. Menu control remains via six buttons down the edges of the device, three on each side. There’s also a separate power button on the top. 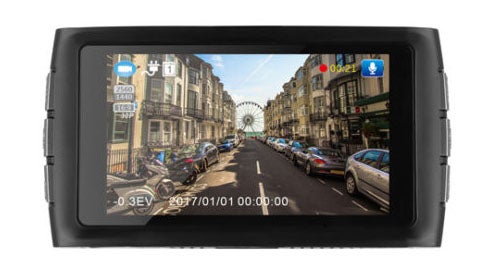 Aside from changing the recording resolution, loop recording can be varied between 1, 2, 3 or 5 minutes, with the default set at 3. You can choose whether to stamp the video with the date and time, and whether to capture audio alongside the video. The G-Sensor has Low, Medium and High settings as well as Off. When enabled, this detects sharp braking or a collision, marking the current video recording as an emergency event, which it won’t overwrite it during loop recording.

There’s an anti-flicker setting with 50 and 60Hz options, which will set the shutter speed to prevent the AC lighting frequency from causing strobing. An exposure control can vary recording brightness between -2 and +2 EV in 13 steps.

Although the Z3 Plus provides a high resolution, it doesn’t incorporate a great many additional safety features – such as lane departure warnings or notification when you’re approaching the vehicle in front too quickly. Neither does it have GPS built in, so the location and speed information aren’t recorded alongside video.

The Z3 plus does have motion detection built in and a parking mode, too, so you can leave the unit to keep an eye on events around your vehicle whilst it’s unattended.

The Z3 Plus may not have much in the way of premium dash cam features, but its image quality certainly stands out for the price. I wasn’t testing in the best of conditions: it had snowed the day before, the sky was overcast, and it was starting to rain. But the Z3 Plus still managed to pick out plenty of detail in 1440p HDR mode.

The data rate is relatively high, even for 1440p footage. This means that there aren’t noticeable compression artefacts to reduce the quality of the footage. There was a mild grain and softness in my test footage, but the lighting wasn’t great and it was still possible to pick out detail where it counts – text. However, fast-moving objects were a little blurry, which is where the 60p options might be a better choice.

Here is a sample of footage from the Z-Edge Z3 Plus dashcam.

Why buy the Z-Edge Z3 Plus?

The Z-Edge Z3 Plus doesn’t pack in a host of premium features, but it does offer commendable image quality and resolution for the money. The Yi Ultra Dash Camera may have a slightly higher resolution for a little less money, but compression is more aggressive, and the Z3 Plus actually wins out as a result.

If you’re looking for a keenly priced dash cam that doesn’t waste time on the bells and whistles, but still offers decent performance, the Z-Edge Z3 Plus is well worth considering.

The Z-Edge Z3 Plus may not be packed with dash cam features, but it offers good video resolution for the money.