A capable action camera that loves to go extreme

What is the TomTom Bandit?

The Bandit is TomTom’s first foray into the action-camera market. This may seem like a strange departure for a sat-nav company, but Garmin released its own take on the genre with the VIRB about 18 months ago. Both companies also focus on GPS devices for sporting activities, so an action camera isn’t such a deviation. But TomTom’s version is a bit more than just a “me too” product.

Like the VIRB and a number of action cameras before it, the Bandit employs the “bullet cam” format. The design follows TomTom’s sports watches, since it’s in the same range. The company has injected a number of novel features that make it stand out from the competition, however. For starters, not only is the Bandit waterproof – as most action cameras are –  but TomTom claims it can cope with depths of up to 50m, conforming to IPX8 standard. 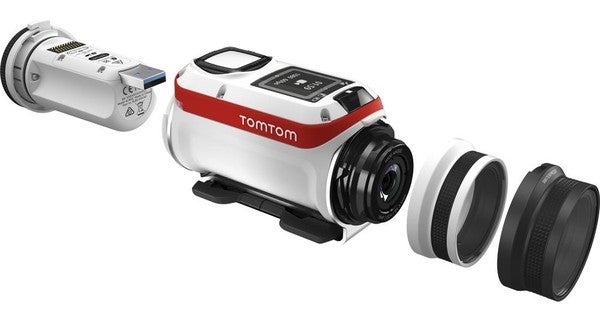 The Bandit achieves this with an additional lens-cap accessory, which is an optional extra costing around £30. Without it, the device conforms only to the IPX7 standard, which is 1m depth of water.

Both ends of the Bandit unclip and rotate off the main body. The lens end is just a cap, but the other end releases what TomTom is calling the Batt-Stick. This is a standalone unit with a built-in USB plug. It houses the battery and microSD slot, so when you plug this into your USB port, you can charge the battery and transfer footage at the same time.

The Bandit is relatively weighty as far as bullet cameras go, but this makes it feel reassuringly robust. An LCD screen sits on the top, but unlike the Garmin VIRB, it shows only status information, not an image of what the lens is seeing. The button on the rear turns on the device and toggles the record function too. A novel feature is that pressing the record button a second time marks a highlight, with a separate button actually turning off the recording; the device is turned off with an additional press. 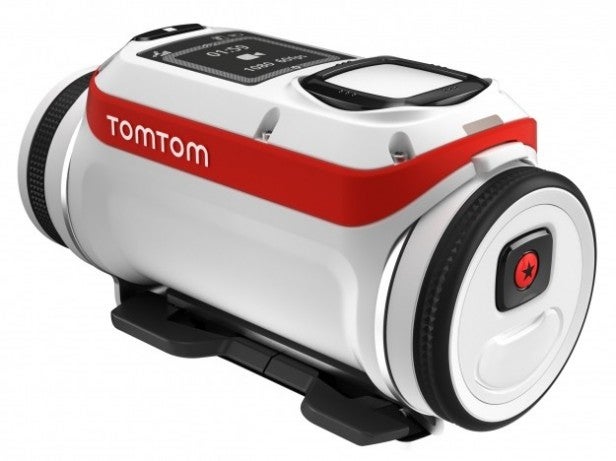 Other functions are accessed via a D-pad that operates similarly to TomTom’s sports watches, such as the Multi-Sport. The LCD menu is intuitive and easy to navigate. It will be particularly simple to get to grips with if you already own a TomTom sports watch.

The company hasn’t divulged the specification of the sensor used in the Bandit. However, there are enough pixels available to provide up to 16-megapixel stills and 4K video, although the latter is available at only 15fps using the UltraHD 3,840 x 2,160 resolution.

The highest resolution that can be captured at 30fps is 2.7K. Full HD (1080p) and 720p can both be captured at 60fps, and 720p has a 120fps option, which provides smooth 4x slow-motion. A time-lapse option is available as well, which captures a single frame every one to 60 seconds.

TomTom hasn’t been particularly generous with the mounting options included in the box for the Base Pack we were sent. There are adhesive mounts for flat and curved surfaces, plus a version sporting two plastic hoops designed to be compatible with GoPro mounting accessories. The Bandit clips onto these with a system that’s simple to operate, but shouldn’t be that easy to unclip accidentally. 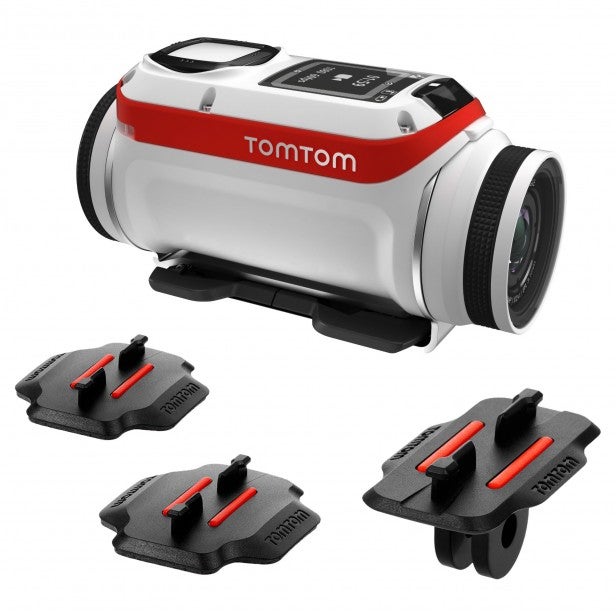 You can also purchase further flat- and curved-surface adhesive mounts, plus other GoPro-compatible mounts. Also available are a tripod adapter, wrist mount, pole mount, handle-bar mount, board mount and 360-degree rotating mount. There’s a floating cover, the 50m-rated diving-lens cover and a splash-proof case for the Batt-Stick too. So most sporting activities are covered, and there’s a Premium Pack version of the Bandit that includes a number of the above alongside a remote control for £80 extra.

Since the Bandit is an action camera, it doesn’t have much to offer in the way of manual settings. There’s no zoom, no scene modes, and no filters for underwater shooting. This is basically a point-and-shoot device. There is a built-in GPS, however, so the Bandit can record location information along with video and photos. This can be displayed with the video, although currently only via the iOS app.

You can also connect to an external microphone via a proprietary peripheral, and bond the Bandit with TomTom’s Bluetooth Smart heart-rate monitor (this isn’t the earlier ANT+ version, however). There’s an external power cable that’s part of the premium bundle, but not the Base Pack we’re reviewing. However, hooking up the TomTom bike cadence/speed sensor isn’t possible.

The app, available for iOS and Android, is a little more sophisticated than some smartphone control apps for action cameras. Once you’ve connected to the Bandit’s Wi-Fi, the usual facilities are available, such as a live preview of what the camera is seeing, the option to trigger record, and indication of both battery life and storage time remaining. You can switch between recording modes, and adjust the settings within those modes. 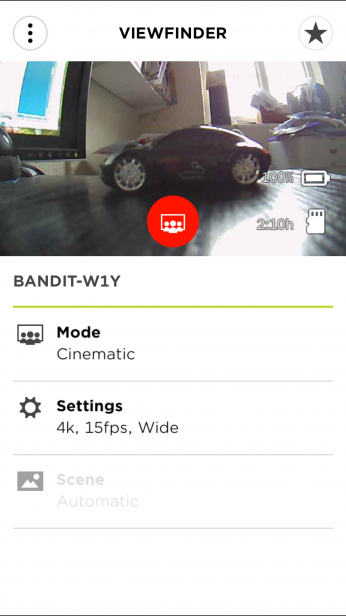 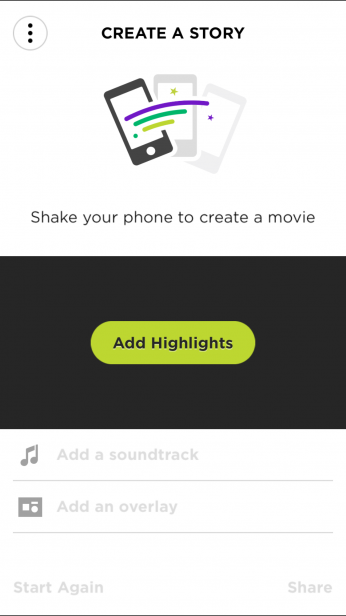 It also offers some editing functionality. In one feature you shake the phone to order short snippets of your clips automatically. Or you can put your clips together manually. Either way, the results can be shared via email, Facebook, Vimeo and many other apps you might have installed on your smartphone. Or you can just save the edited movie to your library.

In terms of features, TomTom has a pretty comprehensive and polished offering. Image quality is also a cut above the many “me too” action cameras on the market. We did note there were some signs of CMOS rolling shutter on fast-moving action, which was particularly pronounced on 4K footage. It isn’t a bad example of this phenomenon, but it is noticeable.

Ironically, Full HD footage uses less aggressive compression, and so will be preferable most of the time thanks to the higher frame rate. There exists the usual lens distortion seen with wide-angle action cameras, but that’s part of the genre. Overall, the visual performance is good for a camcorder in this class. Colour and detail are both comparable with what the GoPro Hero3 series has to offer.

Battery life is quoted as three hours of continual shooting, and we saw no evidence to refute this claim, although enabling Wi-Fi for smartphone connectivity will drastically reduce the duration. This is a major plus compared to the GoPro Hero3+ Black. However, the video data rate is around 28Mbits/sec at 4K, and with consumer devices starting to emerge with 4K at the full frame rate and higher data rates, the Bandit will mostly appeal to enthusiasts rather than professionals.

Should I buy the TomTom Bandit?

TomTom may be a bit late to the action-camera party, but the Bandit is a strong debut. It’s solidly constructed, has well thought-out functions, and shoots good footage. There’s no particular feature that will make it a clear choice over a GoPro Hero4 Black. In particular, as the latter will shoot 4K at 30fps, the Bandit is a little behind on video formats. But its GPS and heart-rate monitor connectivity give it the edge for sports enthusiasts.

The TomTom Bandit is a well-made and feature-rich action camera, but it might not be enough to tempt you away from the latest GoPro.