The 107 is a new mid-range dash cam from RAC. Right now, this market is particularly crowded, and video resolutions are pushing well beyond Full HD as manufacturers compete for attention. But the 107 sticks with Full HD.

Instead, it relies on the stamp of approval from its RAC branding. But is it worthy of the RAC name, delivering the quality and features you’d expect from an organisation that’s provided assistance to motorists for more than a century?

A microSD card is used for recording, and you can get a bundle including an 8GB module for an extra £9.99. This will be sufficient for about an hour of video at the top Full HD resolution and data rate before looping begins. Files are captured as AVIs, rather than the more usual MP4s or MOVs. 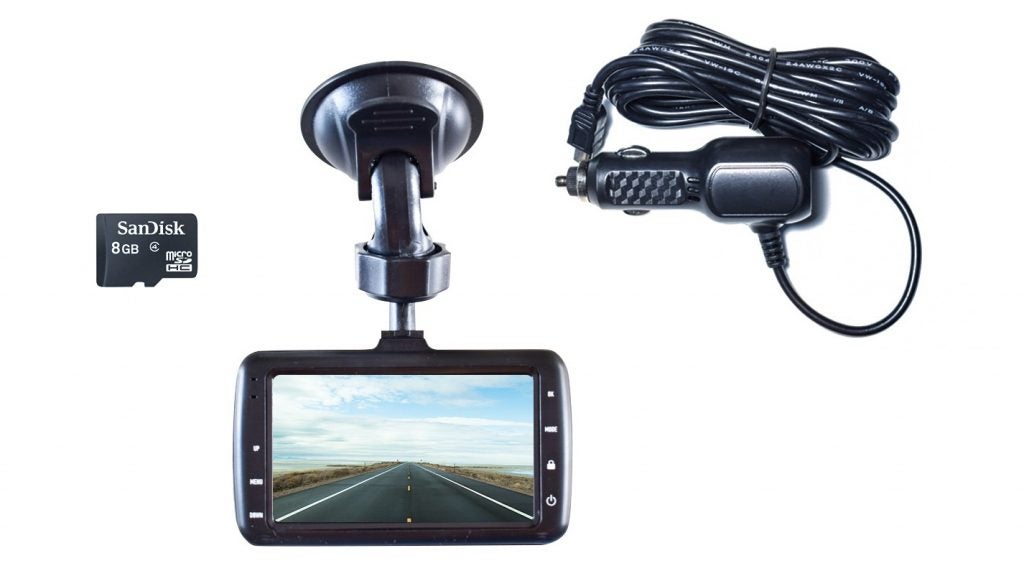 The mounting provision is standard, too. A reasonably sized suction cup is used for attaching the 107 to your windscreen. The car power adapter is on a captured cable, however. As a result, you won’t be able to have it plugged in at the same time as a satnav – unless you have a secondary power output in your car, that is.

The control menu is operated by three buttons on the left-hand side of the sizeable three-inch screen and four on the right. But there isn’t a huge amount to navigate through in terms of features.

You can adjust the exposure between -3 and +3 in seven steps. You can choose one, two or three minutes’ duration for looped files, with three being the default.

In practice, looping will mean that the 8GB microSD card bundle will be perfectly adequate; you’ll only need to save footage if there’s actually an incident of which you need to keep a record. The built-in G sensor will detect sharp motion and tag the video as not to be overwritten. 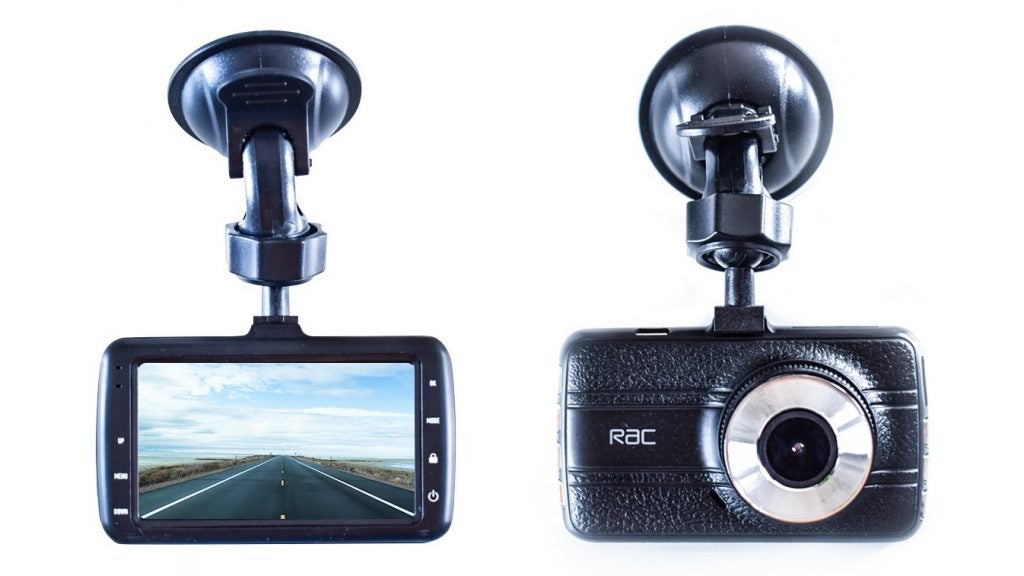 Other than this, the RAC 107 is a fairly basic dash cam with few additional safety features. It doesn’t have a built-in GPS, so it can’t record your position along with the video. There’s no lane-departure warning or collision detection. There G sensor has three sensitivity levels, in case you find it captures too many false positives, or fails to trigger at all.

In fact, the only additional capability is Motion Detection. This allows you to use the RAC 107 for parking surveillance. If it detects a sharp motion when the vehicle is stationary, a short burst of video will be recorded in the hope of catching the culprit – unless, of course, they break into the car and steal the camera. Such a system can capture someone backing into your car in the supermarket car park, so could prove handy.

Due to the Full HD resolution, I wasn’t expecting top-notch image quality from the RAC 107. However, I didn’t think the performance would be quite as bad as it was.

In particular, compression blocks are clearly evident, and although you can still read important text details such as number plates when close by and relatively stationary, distance and speed make this impossible. 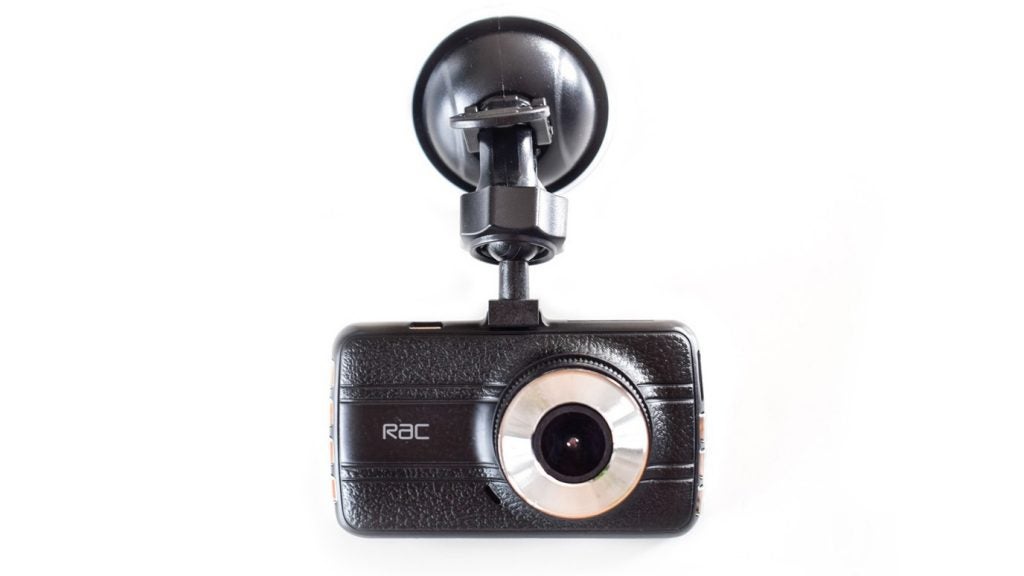 This is almost certainly because of the AVI format used for recording. The encoding system is Motion JPEG, which is much less efficient than MPEG 4’s H.264 compression. So although data rate would be decently high if H.264 MP4s were being recorded, it’s pretty meagre for Full HD resolution recorded with M-JPEG. Hence the compression artefacts, which are a real throwback to the early days of digital video on computers.

You can view a sample of footage from the RAC 107 here.

It was a rather dull day when I recorded this footage. Nevertheless, I’ve tested a number of dash cams under similar conditions, and whilst many end up with a similar dark image, the banding in the clouds and lack of detail here is the worse I’ve seen from a Full HD dash cam. This is a real surprise from the RAC brand.

An example of a still image can be seen below: 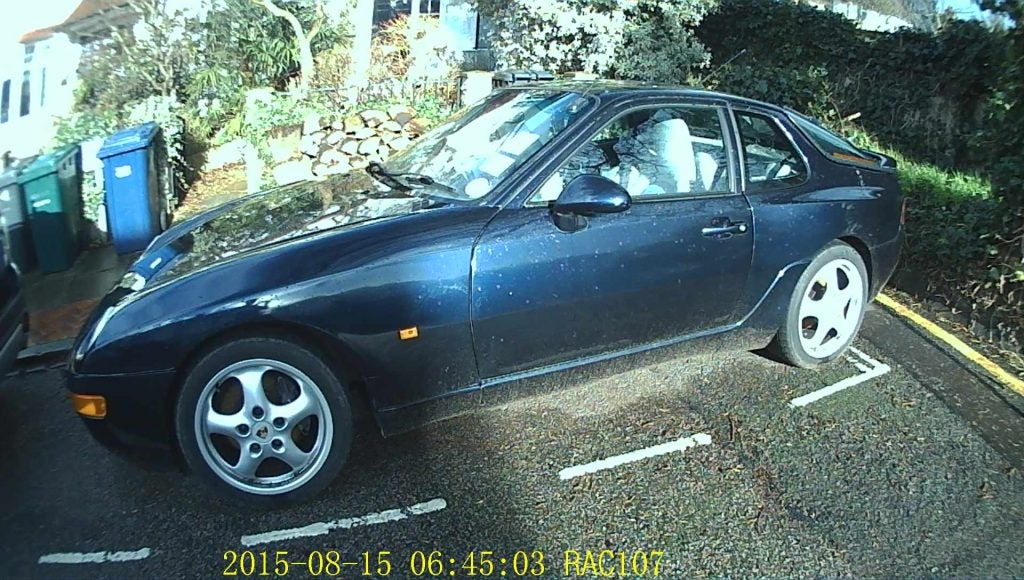 The 2-megapixel photos aren’t exactly stunning either, and may not be good enough quality for insurance claims, for example, as you could need plenty of detail to provide evidence.

I also found that, since the OK button on the side is used as the shutter (which is a little fiddly), it was hard to avoid blurred images close-up due to camera motion. You’d honestly be better taking photos with your phone.

The RAC 107 is a very ordinary dash cam. There are no features that jump out to set it apart from the crowd. Far worse is the fact that image quality is well below what should be expected of even a relatively cheap Full HD dash cam – and definitely a model with the RAC brand.

For similar money, you can purchase the Z-Edge Z3. This offers significantly better image quality, takes more detailed photos, and is on a par for features.

The RAC 107 may be relatively cheap, but the poor image quality means we’d steer clear.