When Fujifilm announced a smaller and lighter alternative to its XF 35mm f/1.4 R in the shape of the XF 35mm f/2 WR, everyone suspected it might be the first lens in a new series of primes.

It didn’t take long for Fujifilm to announce its second example. The XF 23mm f/2 R WR XF has become a popular choice with those who are after a more compact, weather-sealed alternative to the XF 23mm f/1.4 XF R.

At the start of the year, Fujifilm added another prime to its f/2 series with the release of the Fujinon XF 50mm f/2 R WR. This mid-telephoto prime offers a focal length that’s equivalent to 76mm and is an alternative to the Fujinon XF 56mm f/1.2 R – a lens that’s picked up a reputation for being one of the finest lenses for portraiture in the X-system.

With £300 separating the XF 50mm f/2 R WR from the XF 56mm f/1.2 R, it seems those who’ve held out for Fujifilm to release an affordable lens for shooting portraiture, travel, low-light and everyday subjects finally have what they’ve been waiting for.

Although the lens is slower than the Fujifilm XF 56mm f/1.2 R, there are benefits to be had from manufacturing a smaller front element and limiting the maximum aperture to f/2.

The big appeal is its practical size and weight. When it’s placed alongside the XF 56mm f/1.2 R, you get a much better idea of just how petite it is. The difference in weight (205g) is noticeable when it’s paired with a Fujifilm X-series body – and in order to keep the lens as small and lightweight as possible, Fujifilm has developed an optical formula that arranges nine glass elements in seven groups. 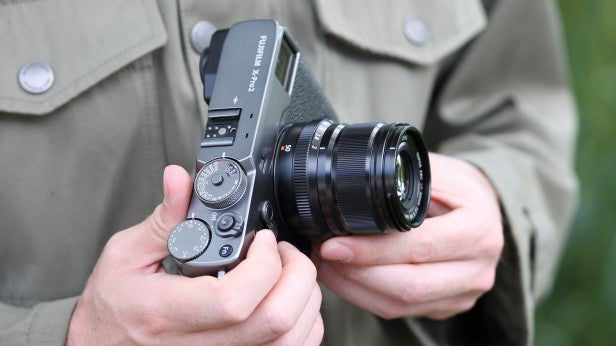 Of these nine lens elements, one is an aspherical ED (extra low dispersion) lens, which is designed to minimise performance fluctuations between different focal distances and prevent spherical and chromatic aberrations. Just like the other lenses in Fujifilm’s series of f/2 primes, it features nine curved aperture blades that are designed to render striking spherical bokeh at wide apertures.

Thanks to its inner focusing system, users needn’t fret about the front element rotating or shifting back and fourth.

To ensure the focusing is both fast and silent, the lens inherits the same stepping motor as used inside the XF 35mm f/2 WR and XF 23mm f/2 R WR. If the lens performs as well as these lenses do, I anticipate faster and quieter focusing than you get on the XF 56mm f/1.2 R. 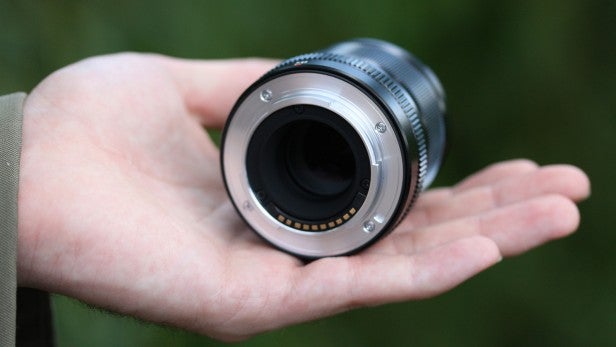 The WR abbreviation in its name highlights that this is one of Fujifilm’s weather-resistant lenses. It features no fewer than ten seals around the barrel to keep moisture and dust at bay, and you’ll find a rubber seal around the perimeter of the metal mount to prevent moisture or dust creeping inside the camera body.

Its weather-resistant status will appeal to outdoorsy types and those who don’t like the thought of having to stop shooting in inclement weather or challenging environments. Although there’s nothing to stop it being used with non-weather-sealed cameras, it’s likely to find itself being paired up with the manufacturers weather- and dust-resistant Fujifilm X-T2 and Fujifilm X-Pro2 bodies. 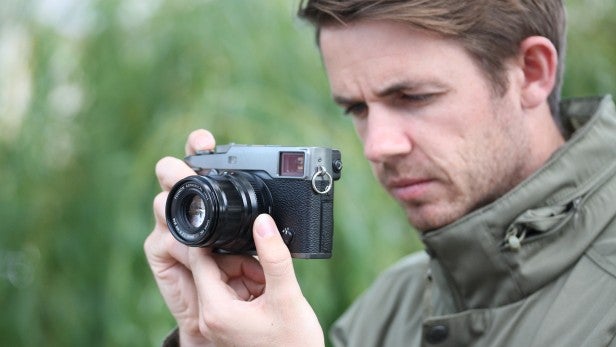 The lens’ minimum focus distance is another area where it has an advantage over the XF 56mm f/1.2 R. It has a maximum magnification of 0.15x and can focus within 39cm of a subject. By way of comparison, the XF 56mm f/1.2 R can only focus as close as 70cm.

Compare this lens to Fujifilm’s wider f/2 primes and you’ll notice it’s a fraction longer than the XF 23mm f/2 R WR and not as stubby as the XF 35mm f/2 WR.

It has the same difference in diameter between the rear and the front of the lens, resulting in the aperture ring being slightly larger than the manual focus ring. In typical Fuji tradition, the aperture ring is located closest to the mount, meaning fingers of the supporting hand can find it easily without having to shift the holding position. 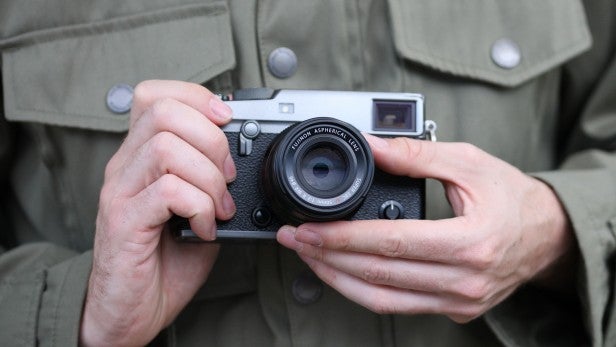 It’s constructed to the same high standard as its siblings in the f/2 range, and feels every bit as solid as you’d expect for a lens that’s designed to work as well on Fujifilm’s premium mirrorless cameras as it is on their enthusiast and entry-level models.

The fact it doesn’t have any switches on the barrel gives it a clean and stylish appearance. As well as having good aesthetics, it operates smoothly and precisely. 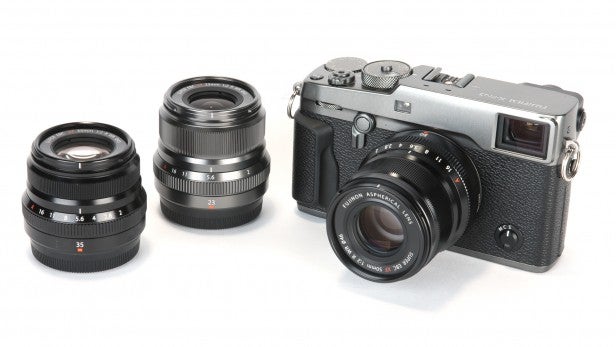 The aperture ring clicks through its range in 1/3-stop increments and offers a little more rotational resistance than you get on the XF 56mm f/1.2 R. This good level of feedback translates to a very satisfying user experience from behind the camera.

Rotating the aperture ring anti-clockwise to its furthest point sets it to its ‘A’ setting, where users can take control of shutter priority or let the camera decide on the best aperture setting in its Auto mode. 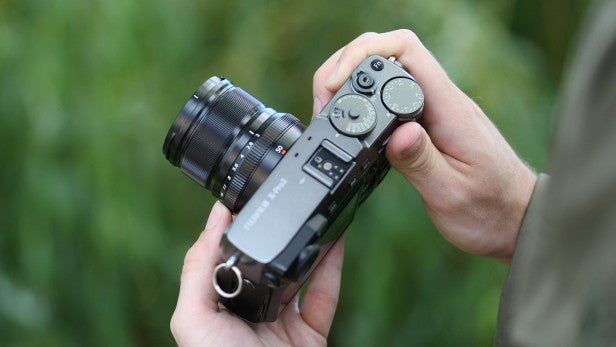 The electronically operated manual focus ring is nicely damped, too. It provides a comparable level of resistance to the XF 35mm f/2 WR and XF 23mm f/2 R in use, while the fairly long standard circular lens hood that’s supplied with the lens does a fine job of preventing flare-causing issues when shooting towards the light.

My review sample was supplied in black, but those who opted for an X-series camera in a silver finish will be glad to know this lens is also available in silver to match.

Fujifilm’s latest lenses have come a long way from early examples in terms of AF performance. Compare it to the Fujinon XF 56mm f/1.2 that was known for making some pesky whirring noises as it focused and you’ll notice this lens is a far quieter performer. 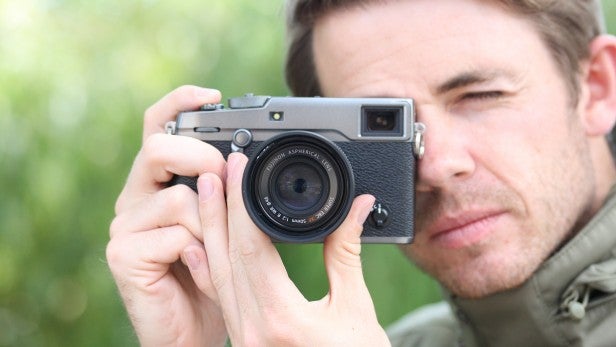 It isn’t entirely silent, however – you can still hear a faint clicking when the shutter is half-depressed and the aperture blades move, but on the whole it’s a big improvement.

Testing the lens with an X-Pro2 and then switching across to using the XF 56mm f/1.2 R also highlighted that this newer lens is perceptibly faster at locking on and acquiring focus.

Fujifilm claims the lens has a focus speed of 0.157sec – fractionally slower than the 0.053sec speed measured by the XF 23mm f/2 R WR lens.