Both lenses play a key role in Canon’s EF full-frame lineup. However, it’s the EF 24-105mm f/4L IS USM that offers greater versatility, and as such it’s likely to be the bigger seller based on the fact that the lens it replaces has been one of Canon’s best-selling full-frame optics for the past 10 years.

The original EF 24-105mm f/4L USM has been a popular lens with Canon users for many different reasons. For those making the jump from an APS-C DSLR to full frame, it’s seen as one of the best multi-purpose lenses you can buy, plus there’s often an incentive to buy it with a new DSLR as part of a kit and save a considerable sum of money in the process.

What’s more, when you take its L-series status into consideration, you know that it’s been engineered to Canon’s high standards and benefits from the type of build quality that will see it survive frequent and demanding use over many years.

I’ll touch on the way it’s built to withstand the demands of professional use, with enhanced resistance to shock and vibration shortly, but let’s first outline what else is new. 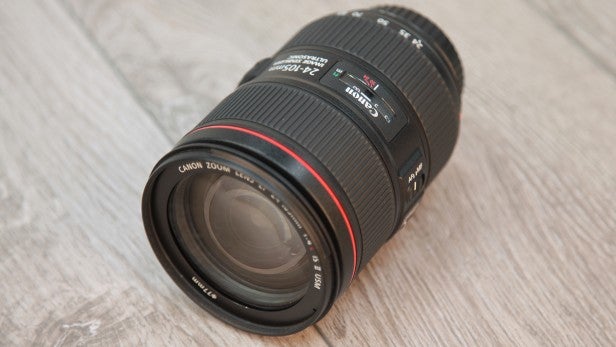 You’d think that this would reduce the weight of the lens a little, but it’s actually slightly larger and heavier than its predecessor.

Modifying the optical construction has seen the maximum magnification increase slightly from 0.23x (at 105mm) to 0.24x (at 105mm). However, there’s no change to the minimum focusing distance, which remains at 0.45m. 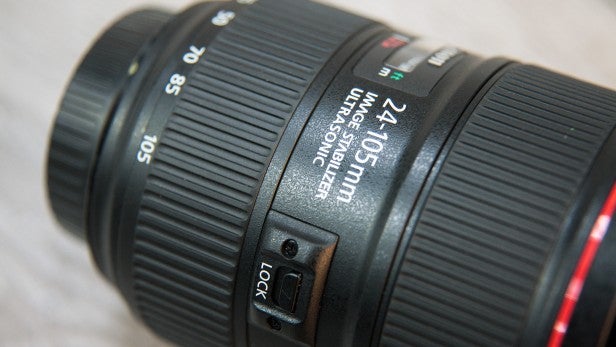 Elsewhere, the lens features Canon’s latest optical image stabilizer, which is specifically designed to counteract blur effects that are commonly associated with camera shake. The good news here is that the image stabilizer is now effective to 4 stops rather than 2.5, making it possible to achieve sharper handheld shots at slower shutters speeds.

Unlike many cheaper standard zooms, the maximum aperture remains at a constant f/4 right through the zoom range, but can be stopped down to a minimum of f/22.

In typical Canon fashion, the lens uses an ultrasonic motor to ensure autofocus is both fast and quiet. The full-time manual-focusing ring allows users to make fine focusing adjustments on the fly, without having to switch to manual mode first. 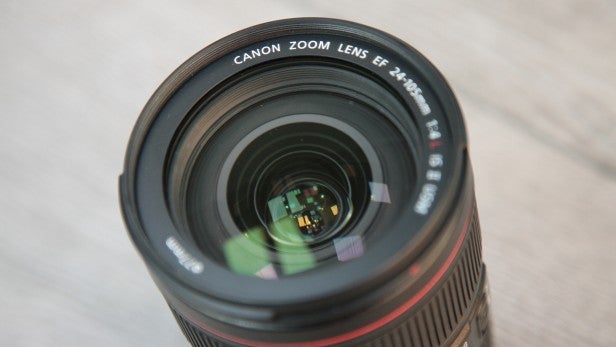 As you’d expect for a lens that’s set to become a standard go-to choice for many professional and enthusiast photographers, it includes weather sealing to prevent users having to stow it away in adverse weather conditions.

At the rear of the lens there’s a rubber ring that compresses and effectively seals it against the camera’s metal lens mount.

Towards the front of the lens you’ll notice the famous red ring that’s synonymous with Canon’s premium L-series optics, and it accepts filters and adapter rings via a 77mm thread just like its precursor.

As already mentioned, the EF 24-105mm f/4L IS II USM is heavier than the lens it sets out to replace. Not only does it weigh 125g more, it’s physically larger too.

The difference in length is most obvious when it’s viewed side by side with the original, and by being that little bit longer (11mm to be precise) it has allowed Canon to make the zoom and focus rings larger. 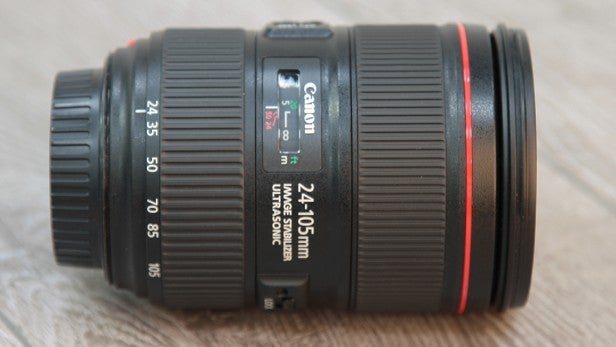 I didn’t encounter any difficultly locating or differentiating one ring from another from behind the camera on the older lens, but with this newer optic you do get slightly better purchase of them both.

The zoom ring operates across the focal range with a consistently smooth motion, and it never feels like you’re required to put more force into rotating it at one point than another.

When it’s used at the telephoto end, the front of the lens extends by approximately 40mm, but continues to feel well balanced with full frame DSLRs such as the EOS 5D Mark IV with which I tested it. 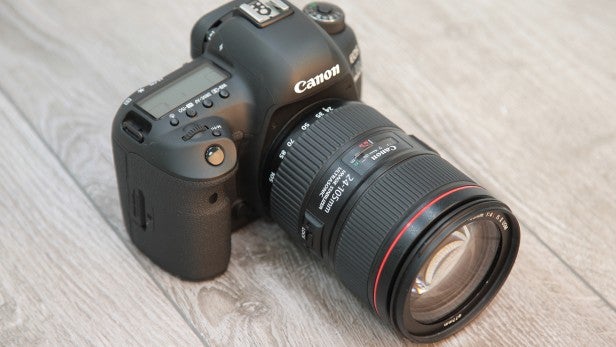 There’s nothing to prevent it being coupled to a Canon APS-C DSLR (equivalent to a 38-168mm lens). However, on smaller bodies such as the EOS 77D, it does make the camera feel quite nose-heavy and not as well balanced.

During the revamping process, Canon has updated the external design to match the look of other current L-series zooms such as the EF 24-70mm f/2.8L II USM. In the past, it’s always been fairly easy to tell the original 24-105mm lens apart from Canon’s latest 24-70mm fast aperture zoom; they now look very similar.

Compared directly with its predecessor, you’ll notice a number of small differences – such as the focal length markings being closer to the body of the lens, bolder white lettering, and the removal of the name of the lens at the front of the barrel, which is now printed beside the front element. 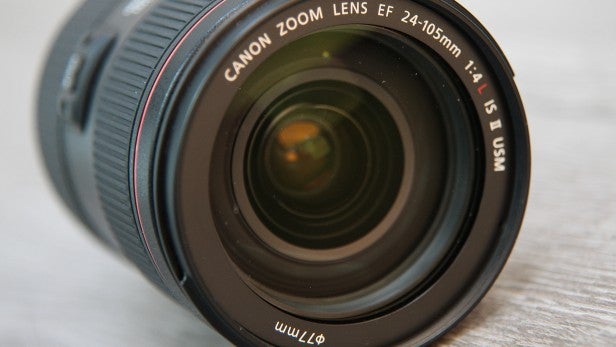 The manual focus ring provides a fluid and pleasing feel in use, and overall the lens meets the flawless build quality that one would expect from Canon and a lens that breaks the four-figure price barrier. You even get a lock switch to prevent the zoom extending beyond 24mm – but I rarely used it, since there was no sign of the zoom wanting to creep when it was pointing down.

Although the lens is compatible with the older EW-83H lens hood, users are advised to use the supplied EW-83M hood, which now locks into place to prevent it from being accidentally knocked off; it requires you to depress a small button to release it. Within the boxed contents you also get Canon’s latest style of lens cap and a compact lens pouch.

Testing this new lens alongside the old revealed that it’s fractionally quieter when it goes about its business of focusing – however, it isn’t silent to the point that it rules out operational focusing noises being picked up by the built-in microphone during movie recording. 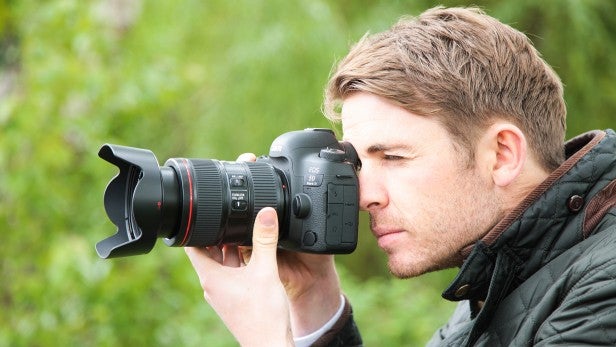 As for autofocus speed, I didn’t experience an obvious improvement between new and old, with each lens seemingly focusing as fast as the other between near and far subjects.

However, what has improved is the way the aperture can now be adjusted silently during movie recording, ruling out the pesky clicking sound you used to get on the older lens as the aperture blades moved.