What is the GoXtreme Endurance?

The Endurance is a budget action camera from GoXtreme, a brand owned by Easypix GmbH of Cologne, Germany. We’ve seen a lot of dash cams and action cameras from China over the past few years, and the Endurance, too, is another such model. But that has allowed for a very competitive £80 price, which looks great value when you consider the specification and what’s included in the box.

Can the GoXtreme Endurance deliver the performance to make it a GoPro alternative for tight budgets?

The Endurance is the spitting image of the classic GoPro format, and it’s compatible with the latter’s mounting system. This means you can take advantage of the huge existing ecosystem of third-party peripherals for the GoPro and its other clones.

The tiny action camera incorporates a 2-inch display and comes with a waterproof casing that’s rated to withstand a depth of 30m. Four silver buttons make up the controls: one on the front, one on top, and two on the right-hand side. 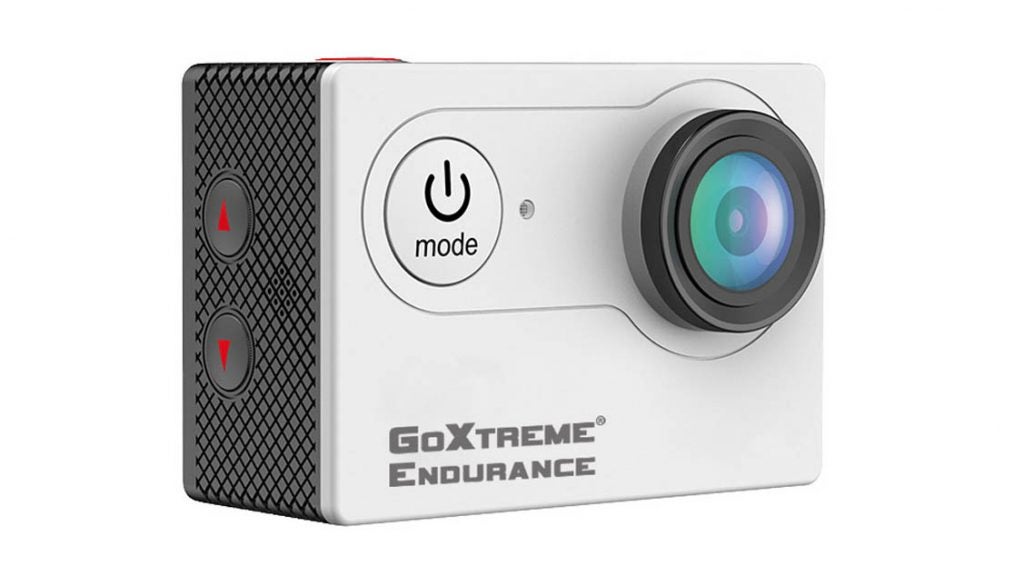 The Endurance is based around a 4-megapixel sensor, although GoXtreme doesn’t divulge how big it is. This isn’t enough for 4K, although this resolution is offered as a recording option at 25fps. GoXtreme does say this uses interpolation, so you’re better off not using it. In reality, the top resolution is 2.7K, or 2704 x 1524, at 30fps.

It’s also possible to shoot Full HD at 30 and 60fps. Still images can be captured at up to 12-megapixels (4608 x 2592), which obviously also uses interpolation because their aren’t enough native pixels on the sensor. 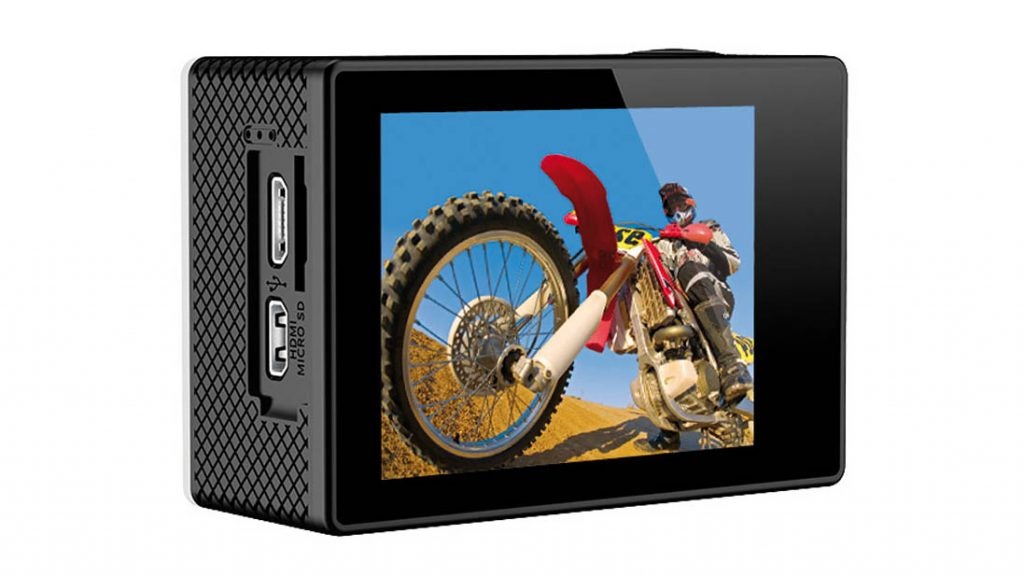 MicroSD cards are used for storage and, interestingly, GoXtreme says the maximum capacity is 32GB. At 2.7K resolution, video is recorded at a hefty 60Mbits/sec, so a 32GB card will only be sufficient for 1hr 10mins of video. However, FAT32 format is also used, so there’s a 4GB or 29-minute limit on individual files, after which the camera will stop recording and will need to be manually restarted. This could be an issue if you want to record lengthy activities.

The battery is removable and is in the fairly standard PG1050 format used by many action cameras, so replacements and charging accessories are readily available. This is a 1050mAh pack that GoXtreme claims will last up to 1hr 30mins.

Although the Endurance is compatible with GoPro peripherals, you may not need them. Many GoPro competitors try to make up what they lose in brand recognition by providing a comprehensive mounting bundle. GoXtreme follows this trend, even raising the stakes: an absolutely huge bundle of accessories is included in the box.

There’s a replacement back panel for the waterproof casing, which offers vents on either side, so won’t be waterproof. There’s an alternative open casing with screw mounts top and bottom. There are short and long arms for rotating the mounting orientation by 90 degrees, plus one that’s merely an extension, each with its own screw thread. There are two extra screw threads included too. 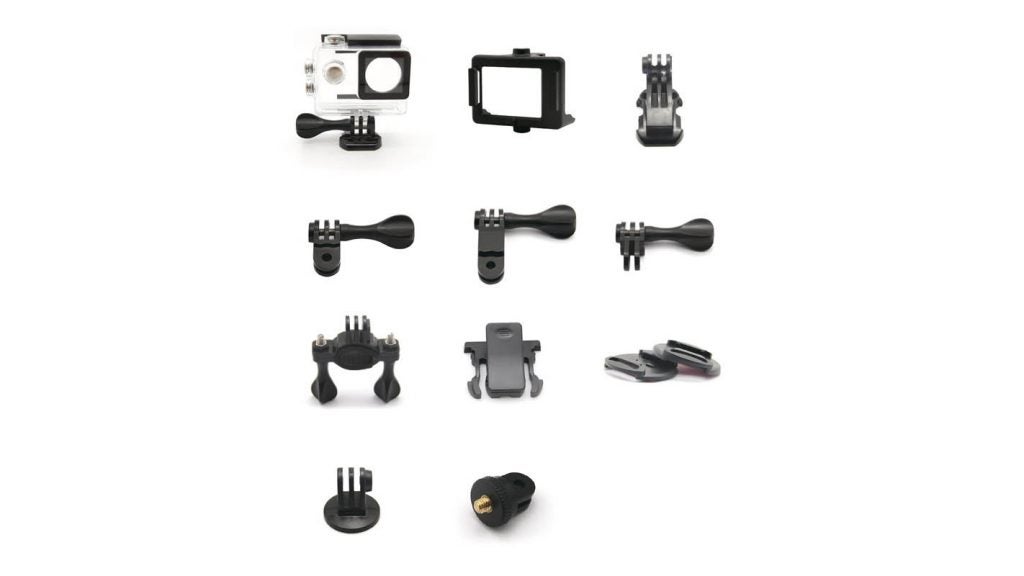 There’s an articulated screw mount in two pieces that you can use with other accessories, plus both flat and curved adhesive plates for use with the clip-in mounts, of which two are supplied. There’s a mount for attaching to a bar. There’s a pack of Velcro strips and a strap with a buckle, and even a pack of cable ties and a wire loop included.

Perhaps the most unique inclusion is a clip-on mount for use with the open casing, allowing you to attach the camera to the front of a shirt or jacket. You really are getting a huge selection of mounting options for your money.

The front button on the Endurance is used to cycle through the modes, and the buttons on the side access the setup menu. You can choose whether to stamp the date or date and time on the video. There’s an exposure control with 13 steps between -2 and +2EV.

There’s a burst mode for three photos every 1.5 seconds, and time-lapse with periods from two to 60 seconds. You can also choose a power frequency of 50Hz, 60Hz or auto, to reduce the effects of flicker from AC-powered lighting. 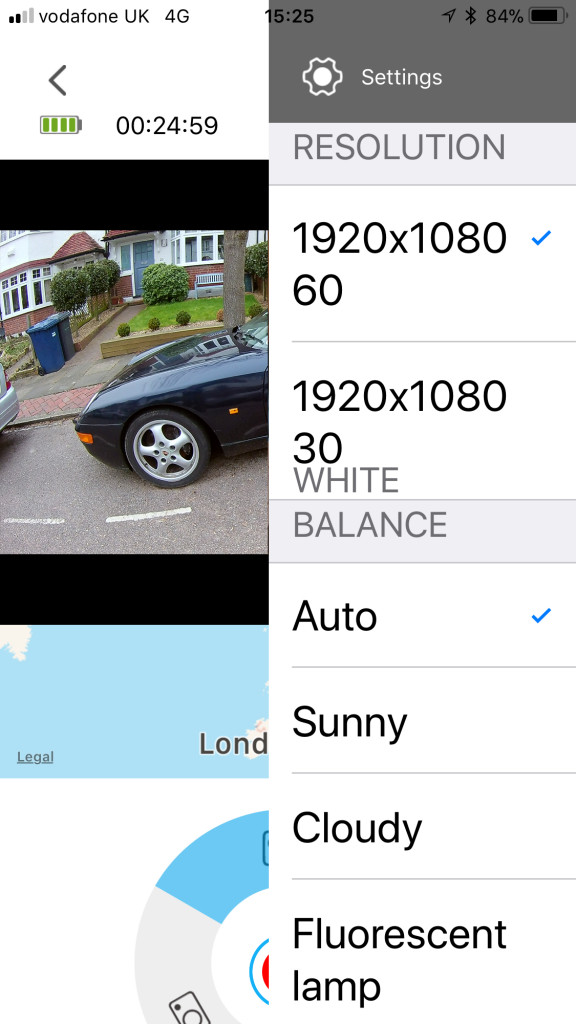 Incredibly, considering the price of the Endurance, Wi-Fi is available alongside an Ez iCam app for smartphone-connected control. This isn’t particularly fully featured, with only a few options available in addition to triggering recording and viewing your captured clips and photos. On the positive side, you get access to white balance controls. But on the negative side, 2.7K resolution isn’t available, so using this app will limit you to Full HD.

So far, the GoXtreme is shaping up very well, and you wouldn’t expect true 4K video for £80 anyway. But its value hinges on whether the 2.7K footage fits the bill for quality. Detail clearly isn’t as great as 4K footage from the Garmin VIRB Ultra 30, for example, but then the GoXtreme Endurance is a quarter of the price.

So in terms of the quality you get for the money, the GoXtreme Endurance is pretty good. There’s reasonable colour fidelity and contrast isn’t bad either. The high data rate helps avoid softness and compression artefacts, although you’ll need plenty of storage, and the 32GB limit might be a hindrance for longer sessions.

Here is a sample of 2.7K footage from the GoXtreme Endurance. 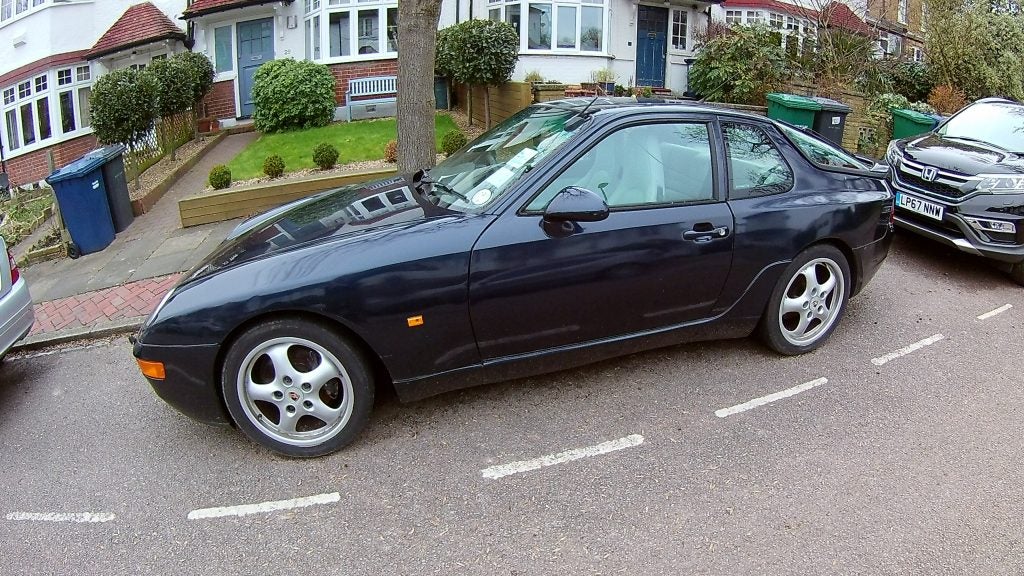 The above is an example of 12-megapixel photography. As you can see, the wide angle does distort the image, and there are clear issues with detail, thanks to the heavy interpolation used.

Why buy the GoXtreme Endurance?

The boom in action cameras over the past five years has saturated the market, and there numerous cheap GoPro clones now available. However, the GoXtreme Endurance is one of the best budget alternatives I’ve seen.

For £80, you get a huge bundle of mounting options and image quality is more than acceptable for the money. If your wallet doesn’t stretch to any of the bigger action camera brands, the GoXtreme Endurance makes a very acceptable value stand-in.