The Fujifilm Instax SQ1 is the brand’s latest instant camera, offering a good starting point in the range.

With two modes and very little customisation, the SQ1’s basic functionality makes this a very easy to use camera. It also benefits from auto-exposure and uses the large Instax film for a better overall photo when compared to the Mini range.

Design – Chunky, but the SQ1 is stylish and available in a variety of lovely colours

The Instax SQ1 is a chunky camera and one that you’ll need to carry around in a bag. It’s also built completely out of plastic, which gives it a very durable feel. I’ve been chucking it in a bag unprotected for a few weeks and it’s remained unscathed.

While it’s big, I really like the design of the SQ1. There’s a nice textured grip on the right side which gives your hand a place to rest, this is also where the shutter button sits. There’s a large lens taking up most of the front and an automatic flash above it. 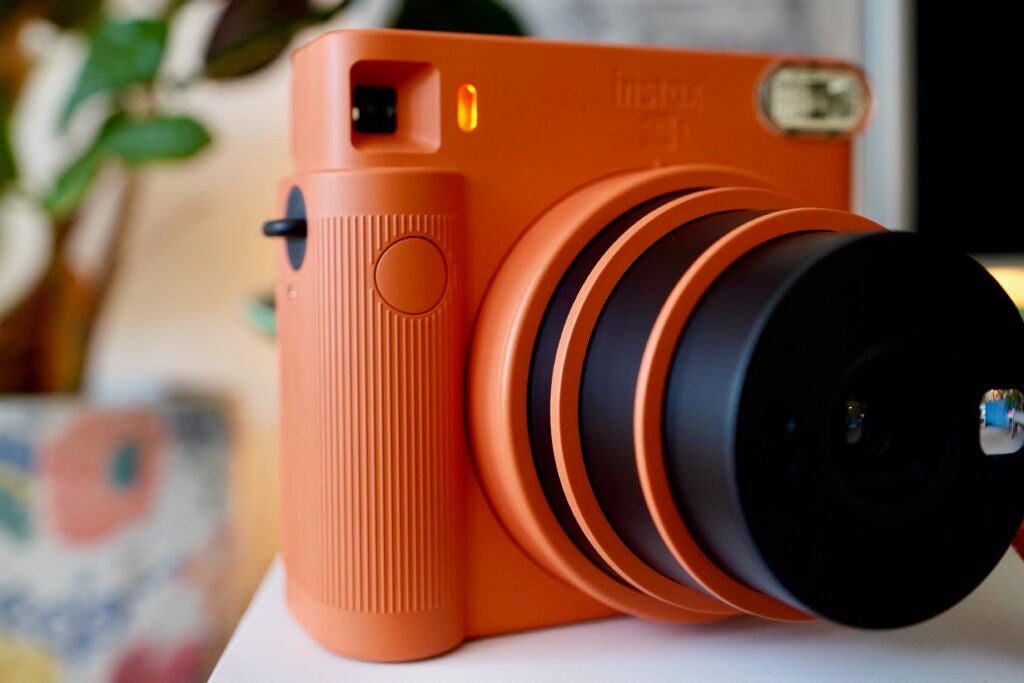 Flip the SQ1 over and the back is taken up by the film door. This camera uses the Instax Square film (62mm x 62mm image area) which is larger than the film used by the cheaper Mini range of Instax cameras. I much prefer this larger size, and you can get a 20 shot pack from Amazon for just under £15 making it roughly 75p per snap. Not too bad.

There’s a little dial showing how many shots you left from a pack towards the bottom of the back and a fairly small viewfinder. The viewfinder does an ok job helping you position your shots, but the small size is annoying. All the other important bits are on the right side, which could be an issue for left handed users. 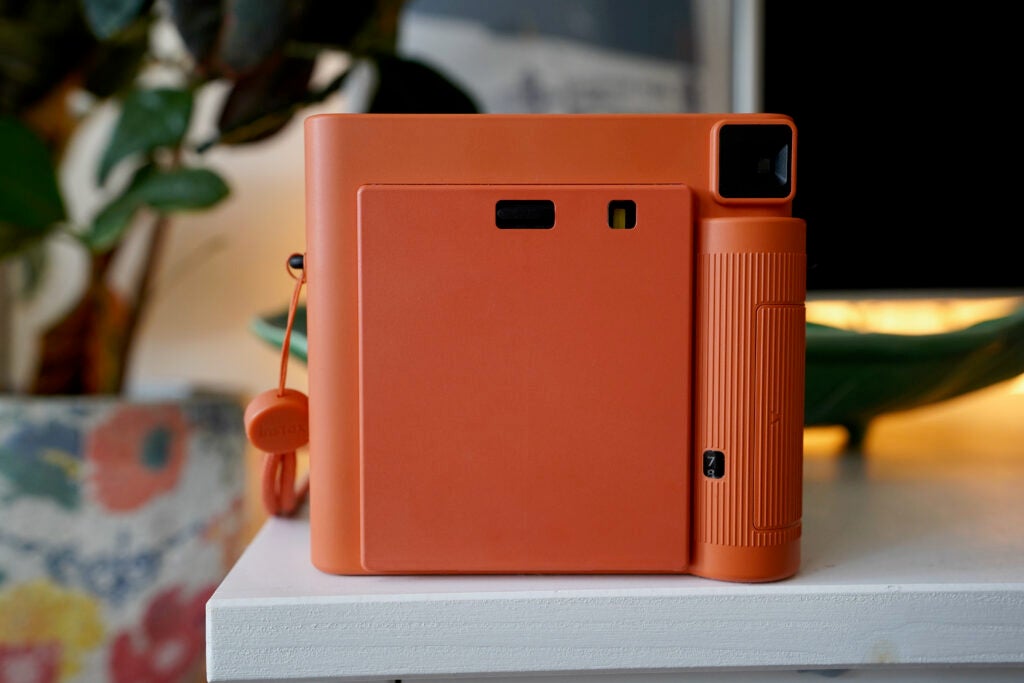 I’m glad there’s a wrist-strap attachment on the side and there’s one on each end so you can choose whether to have it on the right or left side. The included strap also matches the colour of the camera. You can pick the SQ-1 up in three colours (blue, terracotta orange and white) and each of them is a tasteful hue. I’ve been using the terracotta and it’s a really nice colour, far subtler than your typical orange.

I’m less enthused about the use of batteries here. They’re not even the common AA or AAA variety, but a harder to find CR-2 battery. Having a USB port for charging would likely have raised the price a little, but it would have added the benefit of not having to have batteries around all the time. At least a set of batteries gets you about 100 or so shots, so you won’t be changing them all the time.

Overall, the SQ-1 is simply designed camera that’s comfortable to shoot with and comes in nice colours. It’s basic yes, but that works here.

Image quality and ease of you – Very basic with great results

The SQ1 is very easy to use. There are no settings, no control over the flash and only a duo of shooting modes. The lens is also fixed-focus, which helps when you’re taking portraits but means landscapes can be a little hit-and-miss. There’s an amount of blur anyway with this kind of photo, but the way it focuses makes this even more obvious with objects further in the distance. 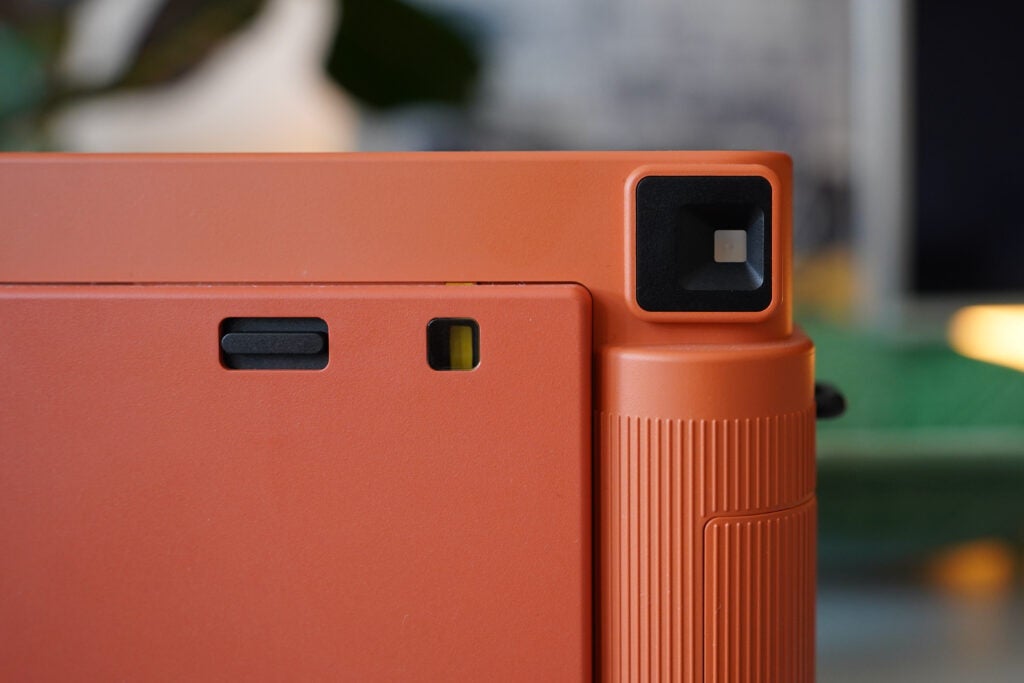 You can jump between a regular shot and a selfie option with a twist of the lens and there’s a handy, if tiny, mirror on the front to help you line up your shots. Without this, you’d likely waste a lot of film trying to get your positioning right.

I really like the pictures from the SQ1 and they have huge amounts of character. The auto-exposure does a decent job at getting more light from even dark scenes (you can turn this on or off, it’s just there) and the pop of the flash helps too. Snaps aren’t that sharp, but then that’s not something you’d expect. Colours are soft and appealing, without being too saturated and unrealistic. I also found it very reliable, with none of the thirty snaps I took coming out too badly. Once shot, a picture takes less than 10 minutes to fully develop. 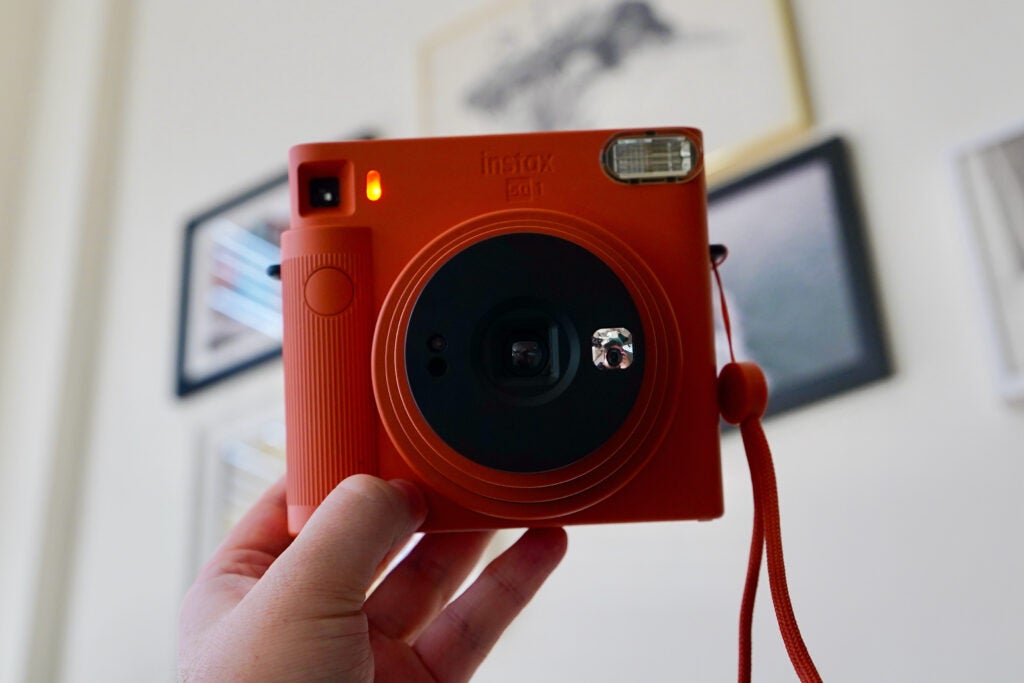 You can add a little more character with different film types. Along with the traditional colour ones, there’s black and white for some really quite striking snaps and a some with a colourful border. You don’t get any film in the box, so remember to buy that when you pick the camera up. Batteries are included, though.

Should you buy the Fujifilm SQ1?

The Fujifilm SQ1 is a perfect starting point for someone who wants a simple to use and very stylish instant camera. It might be light of features, but it does what it sets out to well and produces snaps packed with character.

Author: Max Parker
This article comes from Trusted Reviews and can be read on the original site.