Ask any Canon user what they think Canon’s most popular lenses are, and I can guarantee that most will mention the classic EF 50mm f/1.8. Not only is it the most affordable lens in the EF line-up, it’s also well matched to a wide variety of photographic genres.

Originally launched to replace the older EF 50mm f/1.8 in 1990, the EF 50mm f/1.8 II has built up a good reputation for being an extremely compact and inexpensive fixed-focal-length standard lens. Not only does it give a very natural looking perspective to images when used on a full-frame DSLR, its large aperture also allows users to easily separate a subject from its surroundings by creating a shallow depth of field.

With the new EF 50mm f/1.8 STM, Canon has looked to improve upon the old design and modernise it by incorporating a Stepper Motor (STM) for smoother and quieter autofocus. The question is, has Canon been successful in creating what appears, at first glance, to be its best inexpensive standard lens to date? 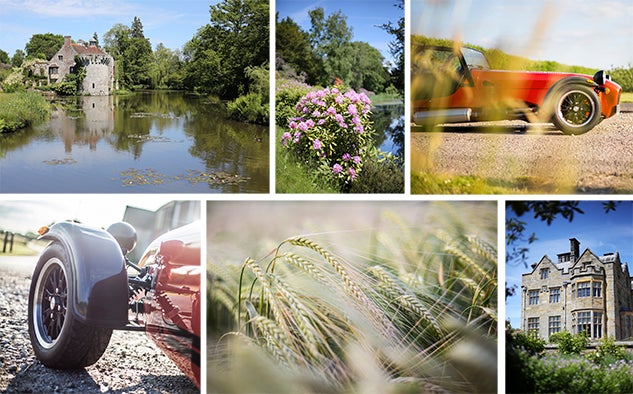 It should be pointed out that being an EF lens, the EF 50mm f/1.8 STM is fully compatible with both Canon full-frame DSLRs and those that employ an APS-C sensor. Coupled to the latter and with the 1.6x multiplication factor of an APS-C camera taken into consideration, the EF 50mm f/1.8 STM becomes a highly practical and creative short telephoto lens that’s equivalent to 80mm. To establish the lens’s optical performance across its full image circle, I tested it coupled to a Canon EOS 5D Mark III full-frame DSLR, on which it offers a 46° diagonal angle of view.

Just like the two previous generations of the lens, the EF 50mm f/1.8 STM employs a six-elements-in-five-groups arrangement. The main difference in its construction is that it now features seven rounded diaphragm blades, as opposed to the five straight blades used by its predecessor. This means it should give more attractively-blurred backgrounds at aperture settings smaller than about f/2.5 than the 50mm f/1.8 II, which gives pentagonal out-of-focus highlights that many photographers find rather ugly. It also has the ability to focus closer, to 35cm (1.15ft).

The standout feature is the designation of STM on the front of the lens denoting that it uses Canon’s Stepper Motor technology, which we’ve seen applied to a number of the manufacturers’ lenses since 2012. Unlike the more familiar Ultrasonic Motor (USM), a Stepper Motor is better at producing the precise incremental movements which are required by contrast-detection autofocus in live view. This is ideal for creating professional-looking focus transitions when recording video and can also help to eliminate any obtrusive operational noises that can potentially ruin a soundtrack.

Compared to previous incarnations, this lens is significantly quieter at focusing. Paired with a Canon EOS 70D that benefits from Movie Servo AF, the lens focused smoothly from near to far subjects and vice versa. However, it’s not wholly silent in operation and some low-pitch whirring was traced in indoor movie footage when there wasn’t enough ambient noise to cancel it out. As is the case for all STM lenses, manual focusing is the fly-by-wire type whereby the AF motor is activated by turning the focus ring.

While using the lens to focus closely, it became obvious that the optical unit extends forward by approximately 15mm, operating across its full focus range with just over half a turn of the focus ring. In a similar fashion to its predecessors, it doesn’t suffer from a rotating front lens element, making it easier to use with polarising or neutral density gradient filters.

On the topic of filters, the EF 50mm f/1.8 STM has a filter diameter of 49mm, rather than the 52mm used on previous versions. So if you own either of the older EF 50mm f/1.8 or EF 50mm f/1.8 II lenses, and already have a number of 52mm filters, upgrading to this lens could incur additional expense with replacing them. A more economical solution would be to acquire a 49mm to 52mm step-up ring.

Although still predominantly made of plastic, the replacement of a plastic lens mount at the rear for a metal one has enhanced its durability, while the plastic that’s used in the construction of the barrel has a much more pleasing matt finish. When you pick up the lens and couple it to a DSLR, you immediately get the sense that it has been made to withstand more serious use, and the finer attention to detail, such as the embossed Canon logo on the top of the lens, is an improvement on what was printed on the barrel before.

On close inspection you’ll notice there is no focus-distance indicator as on the EF 50mm f/1.8, and the manual-focus ring sits fractionally further back compared to the EF 50mm f/1.8 II. There’s a single switch on the barrel to change between autofocus and manual focus, and with your left hand supporting the lens you need to stretch your thumb around the barrel to reach it. The switch itself is almost flush to the body and a better protrusion would inevitably improve operation in winter months when many users might resort to wearing gloves.

The lens is supplied with the newer centre-pinch style of lens cap, but if you’d like the ES-68 lens hood to minimise flare by deflecting stray light from entering the lens while offering some additional protection from accidental impacts, you’re required to spend an extra £20. This brings the total cost to just shy of £150 – £10 more than the Nikon Nikkor AF-S 50mm f/1.8 G, which includes a hood for the price.

With an EF 50mm f/1.8 II residing in our stock cupboard, we ran a few comparison tests and found the results to be virtually identical. Just like the EF 50mm f/1.8 II, the trade-off in using the EF 50mm f/1.8 STM at its maximum aperture is the critical sharpness it resolves in its images, both at the centre and edges of the frame.

When fully opened to f/1.8, images appear perceptibly softer than those taken with the lens stopped down to f/2.8. Users shouldn’t disregard opening the lens fully and using it at f/1.8 to create a super-shallow depth of field. It’s just worth knowing that centre sharpness and edge sharpness improve significantly by stopping the lens down a stop or two. To get the very sharpest pictures, the ultimate sweet spot is found between f/8 and f/11.

As one can expect from a fast prime, vignetting makes an appearance when the lens is used at its widest aperture settings. The vignetting features a gentle fall-off that’s rather complementary to portraiture and subjects where you’d like to draw the viewer’s eye towards the centre of the image. Closing the aperture from f/1.8 to f/2.8 sees corner shading gradually disperse, and by the time you reach f/4 it’s unnoticeable.

Studying our images for chromatic aberrations revealed some purple fringing along high-contrast edges, but it’s very indistinct and you’ll only know it’s there if you go in search of it. Our distortion chart did flag evidence of some barrel distortion towards the corners, but you’ll be hard pushed to notice it in your images unless you apply a lens-correction profile and then compare it back and forth with the original.

Studying our lab results and sample images meticulously revealed signs of softness in the centre at f/1.8. However, stop down to f/2.8 and you’ll quickly notice that the centre immediately starts to sharpen up. The edges of images are perceptibly soft from f/1.8-f/2.8, but by the time you stop the lens down to f/4 and f/5.6 corner sharpness improves. Users who want to find the sweet spot and achieve ultimate sharpness should use the lens between f/8 and f/11. Close the aperture to f/16 and f/22 and diffraction has the affect of softening images.

Shooting wide-open at the maximum aperture (f/1.8) results in strong vignetting at the corners and it’s a similar story at f/2 where you can’t fail to notice the dark corners at the edges of the frame. Stopping the lens down to f/2.8 sees the effect of vignetting reduce significantly, and although still present it’s not as obvious in real-world images. Setting the lens to f/4 and beyond sees the traces of vignetting vanish.

As to be expected from a fixed-focal-length standard lens, distortion is well handled. Our distortion chart did show a little barrelling towards the corners, but it’s by no means anything to be concerned about and you’ll struggle to observe it in real-world use.

The EF 50mm f/1.8 II has long been due a replacement and the arrival of the EF 50mm f/1.8 STM has been met with great interest from the Canon faithful. The addition of the STM motor delivers a much quieter performance, and although it’s not entirely silent in operation, unless you’re recording video where there’s no ambient sound it’s not an issue that should be a concern.

Despite still being predominantly plastic, its build quality and overall finish is in a different league to the previous two versions. We particularly like the smooth manual ring that offers precise control for fine focusing adjustments and that Canon has listened to its users and reintroduced a metal mount.

So should you spend a bit more on the new EF 50mm f/1.8 STM? There’s an argument that since there’s no difference in terms of sharpness, the EF 50mm f/1.8 II still makes a great buy. But when you consider the autofocus and build-quality gains from the new lens it’s a small price to pay for a significantly better-made optic that will last longer.